What To Do When It All Feels Hopeless

She speaks quietly, tired and exhausted by the struggle. “What’s the point?” she asks, knowing deeply that there is no positive answer to this meaning-of-life question.

“Everything stays the same. All the bad stuff in the world. It’s not meant to be like this. All those hopes and dreams…”

Her voice tails off and she sighs.

Then, “Things are meant to feel better aren’t they?  Surely things should improve and get better?”

This time there is a tiny drop of hope in her soft voice. A kind woman in a stylish red top, asks her gently: “What things should get better?”

“People’s happiness. How people interact with each other. People should be happier.”

“Mmm.” The kind lady nods her head and sympathises.

“It sounds like you’re really tired. Tired of trying so hard.”

“It sounds to me like you have big desires to make the world happy, and that it’s a constant source of failure for you. I can imagine that would make you feel pretty flat and think ‘what’s the point’.”

“Yeah.”  It feels good to be heard. For someone to actually listen and understand her.  No one has taken the time to do that before. Normally, when she voices her concerns she gets criticised and blamed without anyone taking the time to understand why she feels this way.  No one thinks to ask how she learnt to be helpless and hopeless in the beginning. 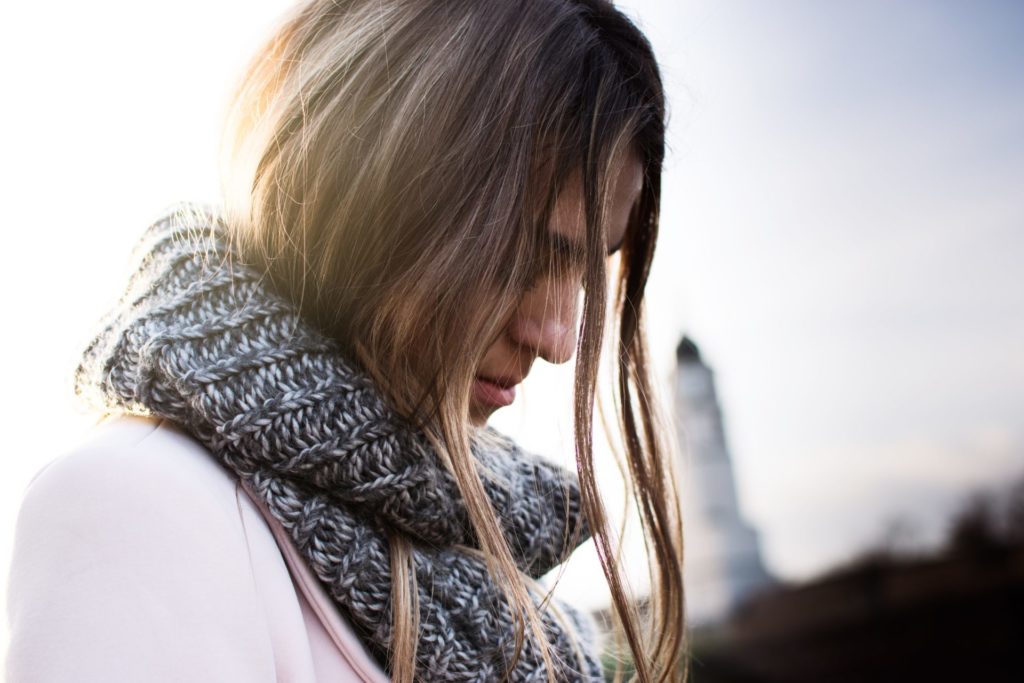 Later, another woman shares her perspective. She is full of energy, almost unable to stay in her chair, wanting to burst into action. Her voice is strong and she speaks with determination and conviction.

“It’s really quite simple, in my opinion. There’s always a solution. If she could stop worrying and make a decision, it would be fine.  Don’t overthink it, just take some action, any action.”

“Wow,” says the lady in red,“sounds like you enjoy making decisions and taking action, and that they are easy for you.”

“Yes. I think it would help her to get more active. Going outside for example, I enjoy being outside in Nature, it’s freeing and nourishing and so beautiful. Things are always happening in nature. Things grow and change all the time. So getting out in nature, that might inspire her. That would give her more energy. A bit more of that feeling of being alive.”

She speaks as if she can’t understand why anyone wouldn’t get up and do things to boost their energy.  She’s never lost her hope or her conviction that she can have an impact.

“And what else could you help her with?”

The woman in red agrees: “She’s been really complicating things and then it all gets too much doesn’t it?”

She’s not part of the conversation any more but Ms Hopeless nods sadly to herself. It sounds so obvious when they say it like that, but when you are in the middle of it, it feels sticky and heavy and complicated. It’s like tar, or thick treacle, black and dark and it feels too much to pull herself out.

The strong Warrioress continues, “I could help her decide.  She worries about things too much. It’s actually quite simple. Just make a list of all the things she needs to do. She knows what she needs to do.”

It really does sound very simple.

“She really should use me more. It’s not like I’m alien to her. I’ve been there when she’s needed me in the past. It’s time to tune into me and use me more.”

Hope begins to seep back in; perhaps there is a way out of the treacle after all. 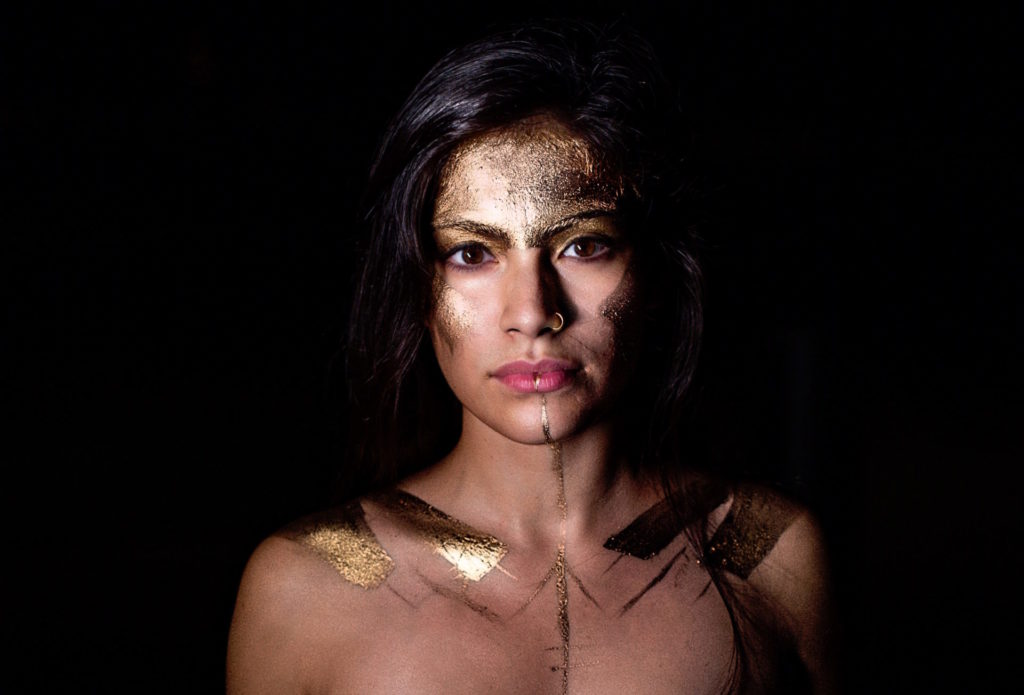 This is a condensed description of a Voice Dialogue facilitation between me and my coach, Annie Stoker – the kind lady in the red top.

Let me explain what was going on.

I had been feeling a strong lethargy for a few months and brought that to my coaching session because I was growing increasingly frustrated that it was stopping me focusing and moving forward with things that were important to me.

I am familiar with many of the voices in my head (my subpersonalities as we call them in Voice Dialogue) but Ms Hopeless had somehow been hovering under my consciousness until this session. It was a shock to realise how much she had been in control and was impacting most of the decisions I was making in my day to day life.

During the session Annie talked not to me, but directly to my Hopeless part and so she was able to voice her beliefs and concerns. The result was that I could then really feel and understand that she was just another part of me and not The Whole Truth. From a place of awareness I learnt why she was feeling this way and how she was trying to protect me.

I was worried that I wouldn’t be able to step into these different parts and ‘be’ them. I hate play-acting and pretending (or one of my primary selves does!) so I thought it wouldn’t work. But weirdly, after the first few moments, it begins to feel pretty normal, and it really does feel that this part is expressing him or herself without our input.

When we are aware of our different selves, we notice when one part of us is taking over, and are able to say: “Ah, that’s just Ms Hopeless talking, she’s worried about not being able to make a big enough difference.”  And as we notice HER thoughts and HER energy and HER fears we get to choose how much we agree with her or not.  When we are identified with her, i.e. when we think that her thoughts are our thoughts (as I had been doing before my session with Annie) it’s hard to see other perspectives, options or ways out of the stuckness.

And weirdly the act of allowing our different parts to speak and voice their concerns often soothes them enough so they don’t have to shout so loud to be heard.

Another part of the solution is talking to a different, opposite part that can help move you out of the stuckness or a particular challenge. For me in the above example, talking to a more dynamic, driven part of myself, which we labelled the Warrioress, allowed me to connect to a different self, with different perspectives, energy and possibilities.

Over the following weeks I was able to notice more often when Ms Hopeless turned up, reassure her that everything was OK and then consciously choose to dial up my Warrioress self. I even allowed my son to persuade me to go on a run because I knew that my Warrioress would enjoy it.

Within a few days I was able to let go of the helpless and hopeless feelings much more easily and felt the agency and confidence come back into my life.

I see similar powerful results with my clients too. One said that after a session with me she had been able to quieten her Inner Critic – something that she had never been able to do before.

Another said, after I’d talked to her Timekeeper self, that she felt “like a new woman; more in control of my time, feeling more organised, eating better and doing more exercise”.

The self-awareness that Voice Dialogue facilitations enable, really do create massive shifts for women who’ve struggled for years with conflicting voices in their heads.

If this resonates with you book a call with me to chat about Voice Dialogue and how the power of getting to know your sub personalities could help you too.

Let's have a chat
To book a free no-obligation discovery session with me, to discuss the right way forward for you, click the link below
BOOK A FREE CALL

Are you a perfectionist?